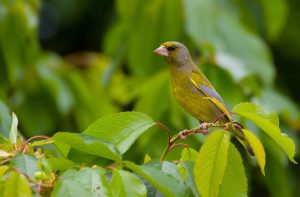 Malta’s Finch Trapping derogation continues after ECJ ruling of 2018 had stopped
it.

Malta had to phase out finch trapping by 2008 as agreed in the Accession Treaty after Malta became an EU member state. In 2014, the Government of Malta re-opened finch trapping by way of derogation until a final warning was given in 2017, which landed the matter at the ECJ, who found Malta guilty of not abiding by the Birds’ Directive in June 2018.

This year, the Maltese Government decided to not only defy the Accession Treaty, but also the ECJ ruling by re-opening once again a trapping season. In order to try and get away with this, Malta is this time applying a derogation under article 9 1(b) of the Birds Directive, for scientific research purposes. With this excuse lives of thousands of Linnets, Chaffinches, Goldfinches, Hawfinches, Serins, Siskins and Greenfinches are in danger! Those species also breed in Slovenian forests and meadows.

BirdLife malta addressed a letter to EU Commisioner for Environment, asking to investigate and take action on a finch trapping derogation in Malta. DOPPS – BirdLife Slovenia, together with 24 Europe BirdLife partners also endorsed the move.