With habitat restoration and declaration of the Ormož Basins as a nature reserve we have been bestowed an international award – the restoration project is ranked among the finalists of this year’s Natura 2000 Awards.

The Ormož Sugar Factory began to operate in 1979. Waste waters rich with nutrients, which were accumulated in the nearby wastewater basins, quickly attracted numerous waterbirds, as the basins constituted an optimal feeding site for them. In the 1990s, the Bird Watching and Bird Study Association of Slovenia (DOPPS) and the Ormož Sugar Factory (TSO), the majority owner of which was the Dutch company Cosun, carried out with joint efforts few nature conservation campaigns in the basins of the Ormož Basins, among which let us highlight the setting up of breeding sites for the Common Tern and the Black-headed Gull – construction of first breeding rafts.

In 2006, the Sugar Factory was forced to shut down owing to the EU reforms. In spite of it, its management did not shut the door to nature conservation and the most important residents of the Ormož Basins – birds. In 2010 they decided to donate the area of the basins (60 ha) to DOPPS, while we made a commitment to establish a nature reserve and to take care of birds in the future. We successfully acquired LIFE funds, with which we were able to restore the habitats, establish a new inflow of water and began to implement an adaptive conservation management of the area.

»Some of us, the ornithologists, literally grew up with the Ormož Basins, well aware of what they meant to birds, their migration, and Slovenia itself. When they were faced with ruin, we invested all our efforts and put at stake many things in order to save them. I know that our determination and sincere intentions were recognized by the owners, and our dreams could thus become a reality. The path to the reserve, however, was still long and anything but easy, « said Damijan Denac, Director of DOPPS and Head of the basins restoration project.

In the Ormož Basins Nature Reserve you can now observe, in reed and bulrush stands and other target habitats several breeding Ferruginous Ducks and, once more, flocks of Wood Sandpipers. The area is a component part of Natura 2000 site »Drava« and has become one of the most important breeding sites and migration stops for waterbirds in Slovenia. At the same time, grazing Water Buffaloes have created one of the largest complexes of extensive pastures in the Lower Drava Region.

This year the European Commission awarded us with a special recognition by ranking the habitat restoration project at Ormož Basins among the finalists of this year’s Natura 2000 Awards. In the »Nature Conservation« category, the Commission placed us side by side with another seven projects from the entire Europe, but it will be YOU who will choose the best project!

Damijan Denac: »With this particular project we have shown an alternative to the outdated concepts. We have preserved nature and dedicated it to educational purposes. We have created jobs and helped making the Ormož Municipality, the entire region and Slovenia more recognizable. All this is of public interest. On top of it we paid more social transfers and taxes than what the state has invested in our project. Apart from it, we therefore even filled the budget a little more. Let your vote for this project be also the message that today’s global problems – climate crisis, biodiversity crisis, “new diseases”, etc. – cannot be solved in the same ways that actually caused these problems – through infinite exploitation of nature.”

Click on the photo below and cast your vote for the Ormož Basins Nature Reserve and its inhabitants.

In July earlier this year we equipped, in the White Stork’s nest at Matena near Ljubljana, two chicks with GPS tracking device and began to monitor their migration journey. In cooperation with the wider public, the company Electro Ljubljana, which financially supported the project, named the two young storks Srečko and Bela. After the initial joint local flights, their paths separated on 20 August and the storks continued their long and dangerous flight separately towards Africa. Bela chose the characteristic route across the Balkans to the Near East and landed in the south of the Sinai Peninsula. Srečko, on the other hand, surprisingly opted for the route across Italy to Tunisia where, however, he met with dire trouble. At the end of September we decided to travel to Tunisia to explore his fate.

Storks at the slaughterhouse waste landfill. Many of them probably knew Srečko. Photo: Tilen Basle

Srečko crossed the Mediterranean Sea on 30 August and landed about 80 kilometres east of Tunis, the capital of Tunisia. A day later he moved south towards the town of Enfida and settled there. On the basis of satellite images we were able to establish that he spent most of his time in extensive olive groves, occasionally visiting the nearby wetlands. On 12 September morning we began to receive data from Srečko’s transmitter, which persistently pointed at the same locality – a cause for major concern. We contacted the local ornithological association, but were informed that Srečko could not be located by them. At the end of the month we and Electro Ljubljana decided to travel to Tunisia to explore the circumstances that led our bird to such a sad end. On Saturday 28 September in the morning, two conservation ornithologists of DOPPS-BirdLife Slovenia boarded a plane for Tunisia. 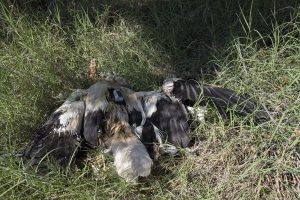 Srečko with transmitter under an olive tree. Photo: Tilen Basle

Soon after landing in Tunisia, Alen and Tilen indeed found Srečko’s corpse north of Enfida. Srečko met his sad death under a tree in the vast olive grove. They removed the GPS tracking device and a plastic ring from him and decided to explore the immediate surroundings. No visible signs of injuries could be seen on the corpse, but there were several pieces of plastic bag strewn on the ground all around it. From the gathered data we presumed that Srečko got entangled in a plastic bag and died. No traces of plastic could be found in his digestive tract, but there was quite some plumage in it, which attracted no special attention.

What did Srečko do in Tunisia?

In the ensuing three days, Alen and Tilen explored the areas frequented by Srečko during his stay in Tunisia. They headed for Lake Kelbia, which had also been visited by Srečko a day before his fatal accident. At that time of the year, this brackish lake hosts thousands of waders, particularly flamingos, avocets and sandpipers.

Srečko also made a few visits to a small freshwater lake in the vicinity of the prominent village of Takroun, where he was most probably searching for food. During their visit, our two ornithologists were able to observe huge flocks of White-headed Ducks, Ferruginous Ducks, Garganeys and other ducks.

In spite of it all, the greatest surprise was waiting for them on their last day in Tunisia. They thoroughly explored the two areas visited by Srečko every single day during his stay in Tunisia. The first area, an olive grove approximately 2 kilometres north of the spot where Srečko was found dead, hosted 30 White Storks and several hundred Cattle Egrets and Ravens. They soon discovered what in fact attracted the birds to this habitat, so unusual for these birds: slaughterhouse waste landfill! In the waste, remains of poultry prevailed, from where the plumage found in Srečko’s stomach most probably originated. The storks observed at this spot most likely belonged to the permanent population that spends a whole year in the vicinity of Enfida. In the evenings, the storks headed for the town’s neighbourhood, where they slept on electricity pylons and transmitters.

The other area regularly visited by Srečko was an olive grove about a kilometre and a half east of the spot of his death. Here they found a pylon, where Srečko slept each night. The latter was also confirmed by the time record on the data of the spots provided by the tracking device.

What exactly happened to Srečko?

Precise circumstances of Srečko’s death shall never be known, but we can claim with all certainty that Srečko was feeding most of his time in the company of other storks at the slaughterhouse waste landfill in the vicinity of Enfida, where he also slept on an electricity pylon. The circumstances from the spot of his death indicate that he got entangled in a plastic bag, thousands of which lie strewn in this area, particularly at the landfill, where Srečko was feeding. It is also possible, however, that Srečko was killed by poisoned or infected food at the landfill, but in view of the circumstances this would be difficult to determine with the utmost certainty.

Bela, which followed the eastern migration route, is now in the vicinity of the Sharm el Sheikh resort in Egypt, where she has resided for quite a while. In the company of other White Storks she has been feeding at a wastewater-collection point, which is the only water body in the area. Unfortunately, the quality of water in the basins is extremely low, for each year numerous deaths of storks and other birds are reported from there. As indicated but the data on the research carried out so far, the southern part of the Sinai Peninsula is a blind migration route, as birds only exceptionally continue their flight to Africa. Bela will be most probably forced to stay in the area until next spring, and it can only be hoped that she will safely return home. 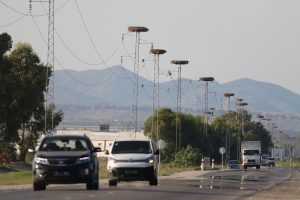 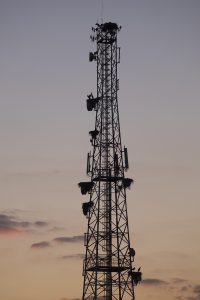 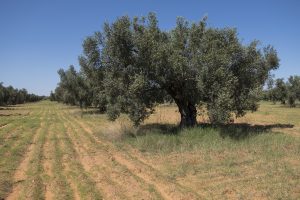 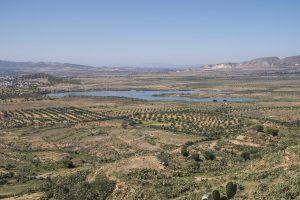